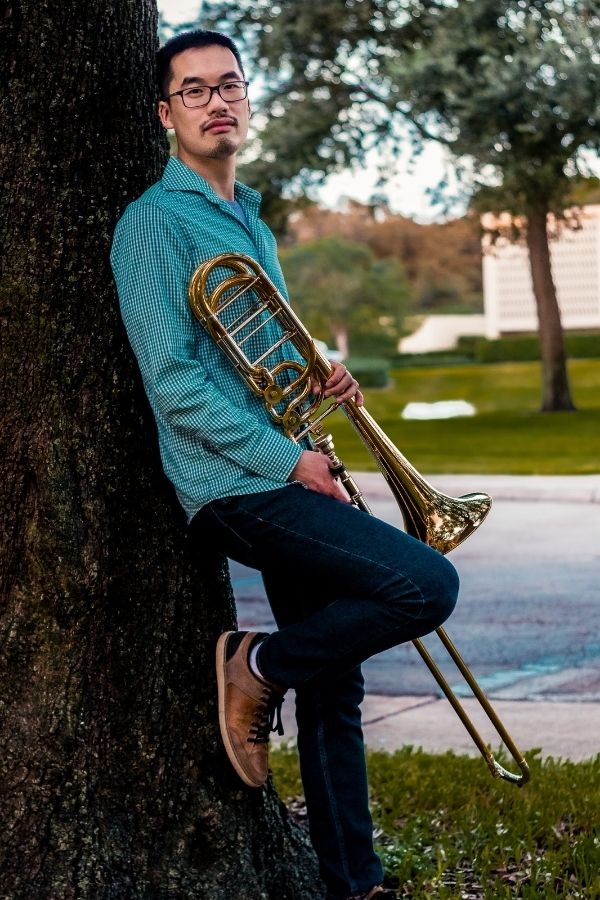 Aaron is a tenor and bass trombonist originally from Toronto, Canada and currently based in Miami, FL. He is a first-year DMA student at the Frost School of Music as well as a Fellow in the Henry Mancini Institute.

He has obtained both his bachelor’s and master’s degree at McGill University’s Schulich School of Music and has completed his Professional Performer’s Certificate at Lynn University Conservatory of Music.” 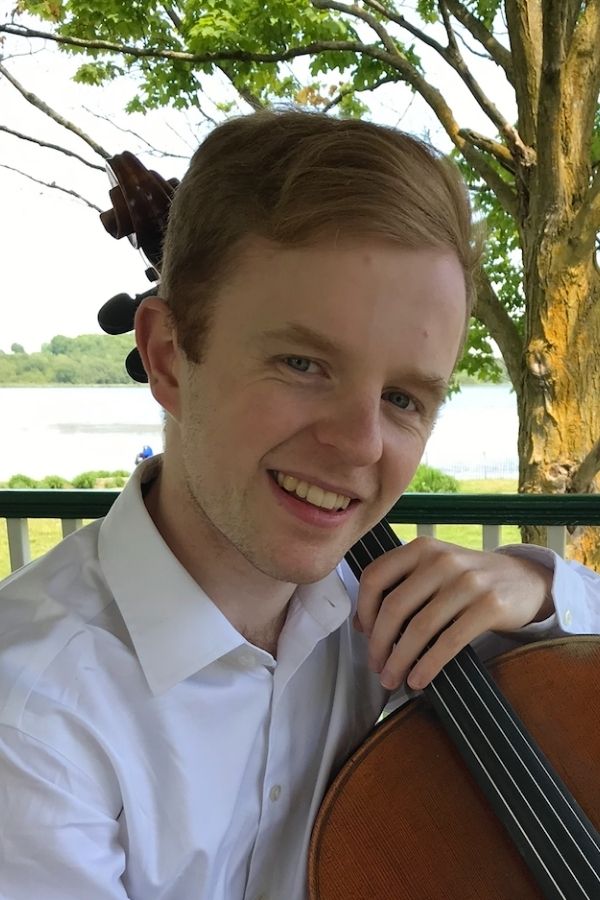 Aiden Russell, a cellist from Ottawa, Ontario, will join the cello section of Symphony Nova Scotia in September of 2022. Aiden completed his Graduate Performance Diploma and Masters degree at the Peabody Conservatory of Music under the direction of Alan Stepansky. Prior to this, Aiden completed his Bachelors degree at the Schulich School of Music of McGill University under the direction of Matt Haimovitz.

Aiden has had the opportunity to learn from many of the world’s elite artists including Marin Alsop, Astrid Schween, Peter Wiley, Steven Doane, Johannes Moser, and Brannon Cho. In 2021, he competed in the National Arts Centre Bursary Competition and was awarded the Crabtree Foundation Award which supports a candidate in pursuit of an orchestral career. Aiden is an alumnus of the National Youth Orchestra of Canada, the Bowdoin International Music Festival, the International Cello Institute, the National Academy Orchestra of Canada, and the National Arts Centre Orchestra Mentorship Program. His current cello was made in 1908 by Paul Kaul 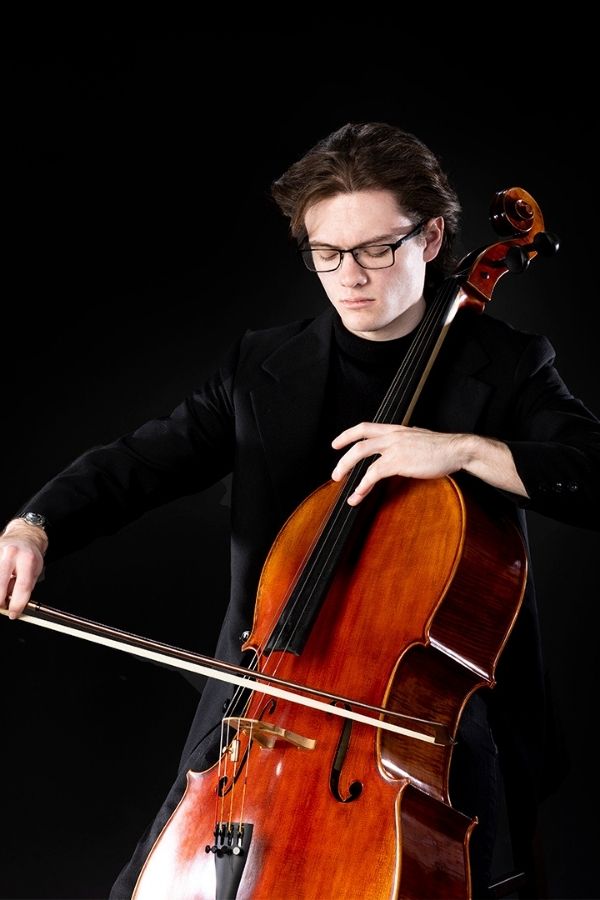 Alistair Mariz, cello (Toronto, Canada), is currently studying at the McGill Schulich School of Music with cellist Matt Haimovitz, completing his Bachelor of Music in Performance degree. His practice in cello performance has been enriched through years of experience, through festivals such as the Orford Music Academy and the Ontario Music Festivals Association (OMFA) Provincial Finals Competition, where he was awarded second prize. As a student of the Royal Conservatory of Music, he received First-Class Honors with Distinction certificates.

Further, Alistair has studied with established musicians, including Sharon Prater, Jinjoo Cho, Brian Manker, Elizabeth Dolin, Andre Roy, Britten Riley and Eva Ribchinsky, some of whom are also members of faculty at the Schulich School of Music. In ensemble, Alistair has held competitive positions in the York Symphony Orchestra and has recently taken an interest in contemporary performance, having significant involvement with McGill’s Contemporary Music Ensemble. He performs on his cello made by Claudio Morro from Argentina (1966). 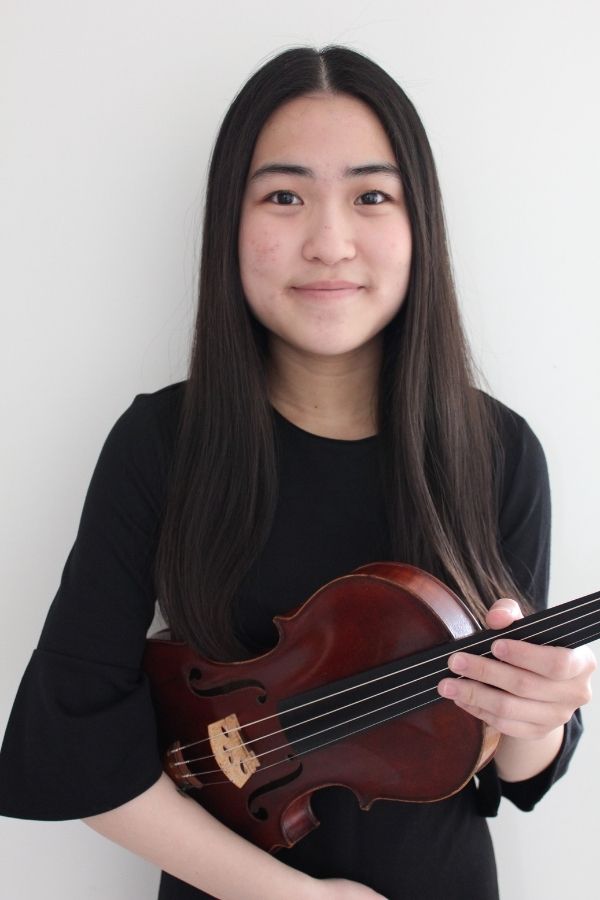 Edmonton-born violinist, Allison Lee, began learning the violin at the age of six, studying with Frank Ho. Allison has also had the privilege of studying with Laura Veeze, and currently studies with Edmonton Symphony Orchestra Concertmaster, Robert Uchida.

Allison is a recent graduate of the University of Alberta, obtaining her Bachelor of Music in Violin Performance. She has had the opportunity to participate in masterclasses with renowned pedagogues Patinka Kopec, Barry Shiffman, and Andrew Wan. Allison is also the recipient of numerous scholarships and awards including the Peace River Pioneer Scholarship in Music, and the Harry Farmer Scholarship in Music Performance.

Allison is an alumna of the Edmonton Youth Orchestra, and has performed as Concertmaster of the University of Alberta’s University Symphony Orchestra. She also plays in the Chamber Orchestra of Edmonton as a part of their student apprentice program 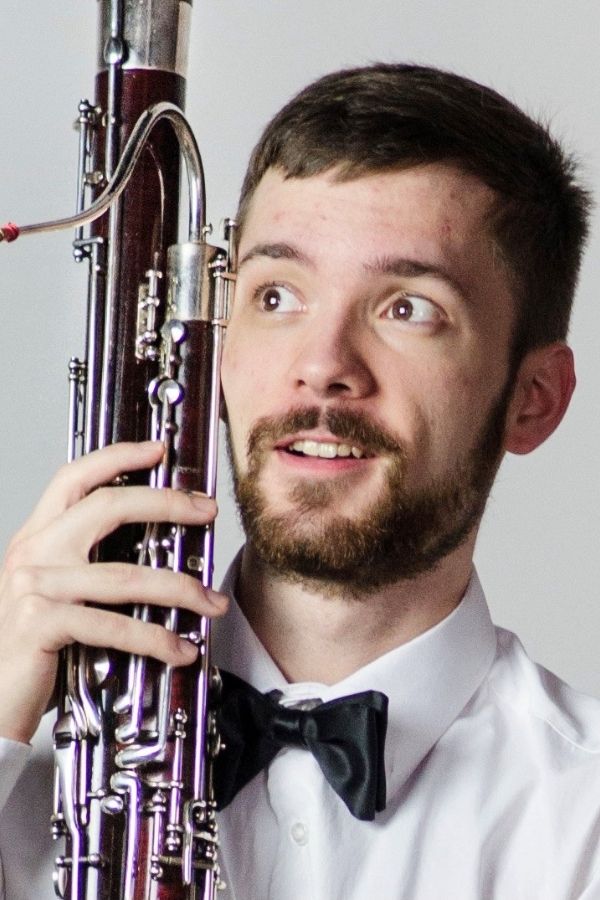 Hailing from Kingston, Ontario, Aviner Hartwick began playing music at a young age. Encouraged by his family, as a child Aviner dabbled in recorder, piano, and accordion before settling on the bassoon. His first teacher, Katie Legere of the Kingston Symphony Orchestra, urged him to pursue music and in 2013 sent him to Montreal where he studied at both McGill University and the Conservatoire de Musique with Martin Mangrum, Stéphane Lévesque, and Michael Sundell of the Orchestre Symphonique de Montréal.

An alumnus of the National Academy Orchestra and National Youth Orchestra of Canada, Aviner completed his studies in 2020 and set his sights on the world of professional music. Currently based in Montreal, he substitutes with orchestras throughout Eastern Canada as well as teaching lessons and seeking out auditions for a permanent orchestra position.

Away from the bassoon, Aviner likes to spend his time watching movies, learning Japanese, and playing ping pong (he served as president of the Table Tennis Club during his time at McGill). See him back on the courts once the pandemic is over!