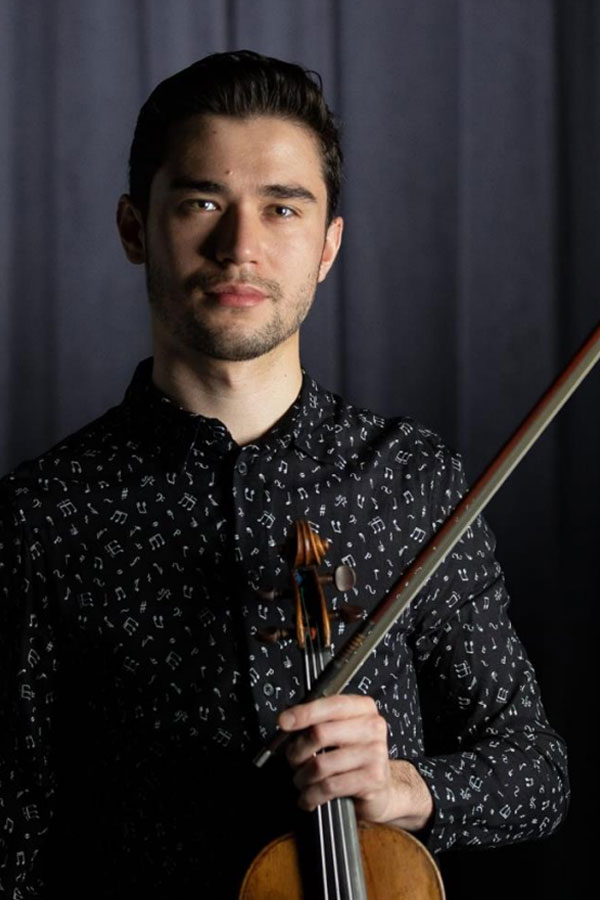 To further his musical education, he moved to Montreal, where he earned three university degrees at the Conservatoire de Musique de Montreal while studying with Johanne Arel. After receiving his Licentiate of Music in 2017 and Masters with Distinction in 2019, he completed his final university diploma in 2020 with a Diplôme de Perfectionnement, the equivalent of an Artist Diploma with a specialization in orchestral excerpts under the direction of Anne Robert and Marianne Dugal.

During his years in Montréal, William had the opportunity to accompany Robert Charlebois in the orchestra and Coeur de Pirate, and to perform to under the baton of multiple conductors such as Jean-Marie Zeitouni, Jean-Michel Malouf, Alexandre Bloch, Alexander Shelley, Adam Johnson, Jacques Lacombe, Alain Trudel, Yannick Nézet-Séguin, Vasily Petrenko and Yoav Talmi. He attended various festivals where he studied with violinists such as Olivier Thouin, Andrew Wan, Richard Roberts, Jean-Sébastien Roy, Martin Chalifour, Raymond Dessaints, Marcelle Mallette, Paul Zafer and David Stewart.