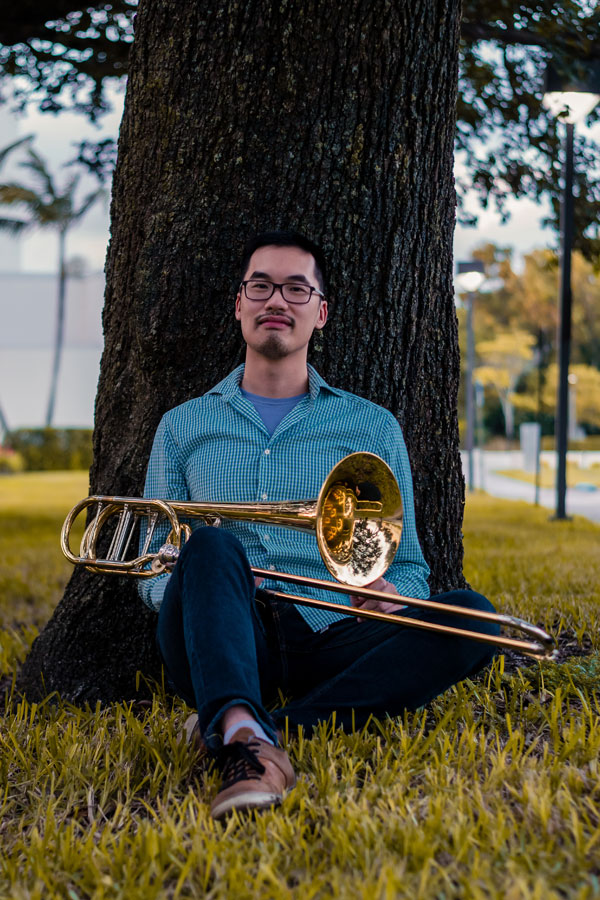 Aaron Chan is a tenor and bass trombonist originally from Toronto, Canada and currently based in Miami, FL. His love for music began at age 6, when he started learning piano by his older sister. After picking up the trombone in elementary school, he started taking the instrument seriously in high school when a local trombone teacher played a recording of Joseph Alessi (NY Philharmonic) playing a trombone arrangement of Puccini’s Nessun Dorma.

He has performed with numerous orchestras, including the Montreal, Miami, South Florida, and McGill Symphony Orchestras, as well as the Griffin Brass Band and the Sheraton Cadwell Jazz Orchestra. During his summers, Aaron has been a participant of the Domaine Forget Music Academy, Pacific Region International Summer Music Academy (PRISMA), Third Coast Trombone Retreat, Southeast Trombone Symposium, and the Miami Music Festival, under their Opera Fellowship program.

He has obtained both his bachelor’s and master’s degree at McGill University’s Schulich School of Music with a Graduate Excellence Fellowship and has completed his Professional Performer’s Certificate at Lynn University Conservatory of Music in Boca Raton, studying with Dan Satterwhite. This Fall, Aaron will pursue his Doctorate in Musical Arts at the University of Miami Frost School of Music as a Henry Mancini Institute Fellow.