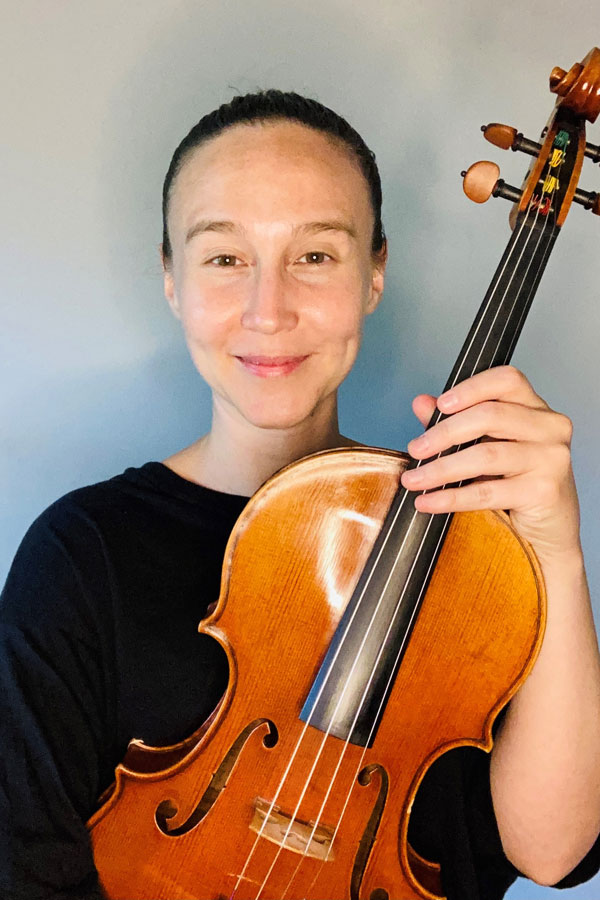 Originally from Cali, Colombia, Adriana got immersed in the music world at the age of four playing the recorder and singing in a children’s choir. She began violin at the age of eight and basic music training at nine at the Antonio Maria Valencia Conservatory. Then at the University Foundation Juan N. Corpas. She moved to Canada in 2007 and studied privately with Professor Ralph Aldrich.

Adriana has a Bachelor of Music in Performance from the University of Toronto (2012) and a Chamber Music Diploma from Wilfrid Laurier University (2014). Adriana’s passion for the viola led her to study privately with Professor Sharon Wei. In 2017, she graduated from McGill University with a Master’s degree in Viola Performance under the tutelage of Professor Steven Dann. She has also studied privately with Professor Neal Gripp. Adriana has played with the Hamilton Philharmonic Orchestra, the Niagara Symphony Orchestra, London Symphonia, Orchestre Classique de Montréal, Pronto Musica, Scarborough Philharmonic Orchestra and has led the viola sections of Oakville Chamber Orchestra, Burlington Symphony Orchestra and Sinfonia Ancaster. This is the forth summer she is part of the National Academy Orchestra. She has also participated in the Orford Academy Orchestra, Scotia Festival of Music, Bathurst Chamber Music Festival, Toronto Summer Music Festival and AEDO  Accademia Europea Dell’Opera in Italy.

Adriana is an opera lover and aspires to play in a professional opera company.