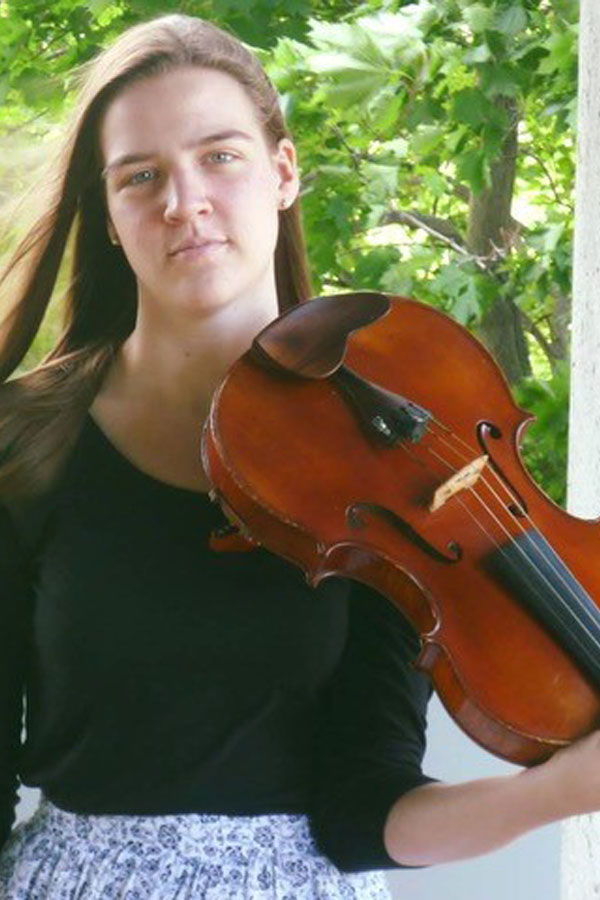 Camille Mireault-Lalancette began her musical training on the piano and then at 12, she discovered the viola. She has placed in the first three places on numerous occasions in the competition for soloists and small ensembles in Victoriaville, whether as a soloist or as a chamber musician. Between 2012 and 2014, the young violist joined the ranks of the Orchestre symphonique des jeunes de Montréal. In 2014, she was admitted to the Conservatoire de musique de Montréal where she completed her Diploma of Collegial Studies. She subsequently obtained a Bachelor of Performance at the University of Montreal in the class of Jutta Puchhammer where she is currently completing her Masters. She also perfected at the Camp musical des Laurentides, at the Domaine Forget, at the Orford Art Center, at the Solsona International Music Academy in Spain, at the Zemtsov Masterclass week in the Netherlands as well as with the Orchestre de la Francophonie and at the Collegium Musicum Schloss Pommersfelden in Germany. She is a freelance violist and teaches privately and in Share the Warmth’s El Sistema program.