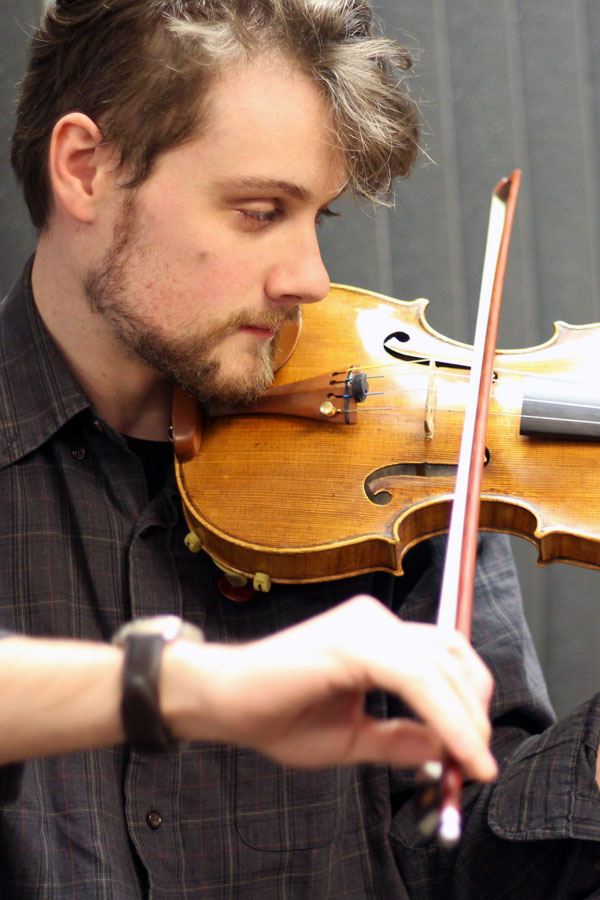 Chris Stork started his career as a homeschooled fiddler in the woods of Vermont. It wasn’t until he began his violinistic training with Miss Sally Thomas in New York City that his violin playing took off. From there he went on to study at McGill University where he received his Undergraduate and Master’s Degree in Violin Performance. It was at McGill that Chris played as Principal Second of the Baroque Orchestra and Symphony Orchestra, as well as Concertmaster of the McGill Opera Orchestra. Chris also has a deep love for the art of chamber music. Specifically the string quartet.

While at McGill he became second violinist of the Iceberg String Quartet. With the ISQ, Chris would win the McGill Chamber Music Competition, get finals in the Chesapeake International Competition and semi-finals in the illustrious Young Artists Award in Manhattan. Chris is now Principal second of the Thunder Bay Symphony Orchestra and has survived the pandemic thanks to his incredible students.