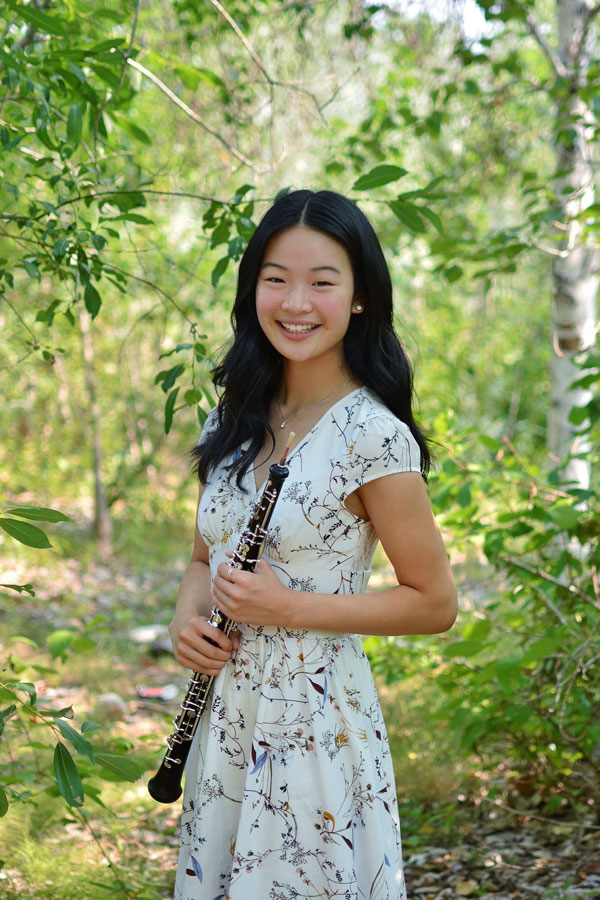 Emily Luo is an oboist from Edmonton, Alberta. She began her studies at the age of 13 with Lidia Khaner and attended Interlochen Arts Academy in Michigan. There, she studied with Dane Philipsen and received the Fine Arts Award in 2020. She has been part of the National Youth Orchestra of Canada, attended Domaine Forget, and the Curtis Summerfest Young Artists Summer Program in Philadelphia where she was the recipient of the Canadian American Relations Cross-Border Scholarship. Emily made her debut as a soloist with the Chamber Orchestra of Edmonton in 2016.

Emily is in her second year of the Bachelor of Music program at The Glenn Gould School of The Royal Conservatory of Music in Toronto, studying with Sarah Jeffrey.