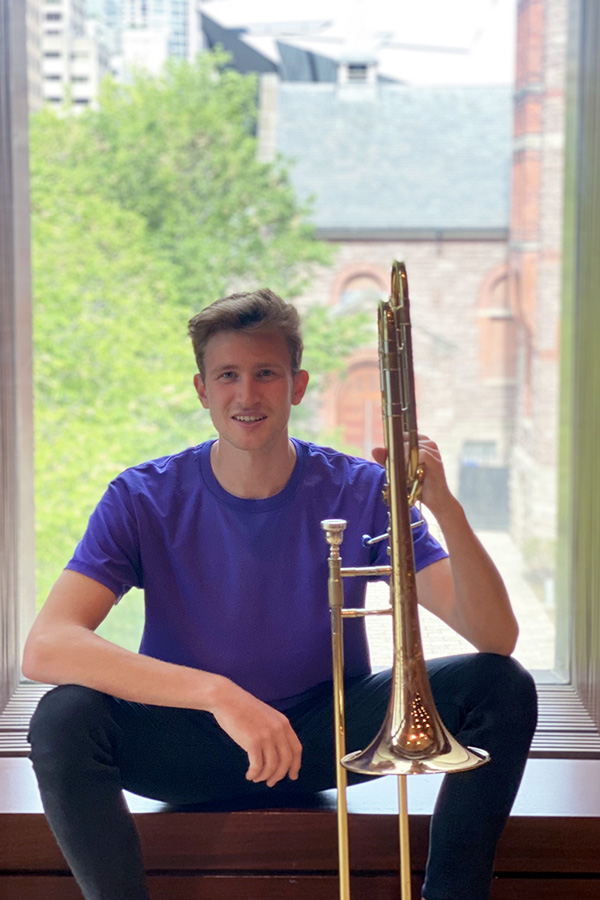 Kris Leslie began playing trombone in grade four when his band director offered a donut to anyone that would learn the instrument. Originally from Maine, he earned his B.M. at the Boston Conservatory and is now in the Artist Diploma Program at the Glenn Gould School of the Royal Conservatory in Toronto. Kris has recently performed with the Toronto Symphony Orchestra and the Kitchener-Waterloo Symphony Orchestra. He is very passionate about making music with his trombone quartet, Sauce Rocket and the Splatter Tones, who are finalists in the International Trombone Festival Quartet Competition this summer. When avoiding the trombone, Kris can be found in nature playing the alphorn. He is extremely grateful for the mentorship of his teachers: Gordon Wolfe, Norman Bolter, and Larry Isaacson.