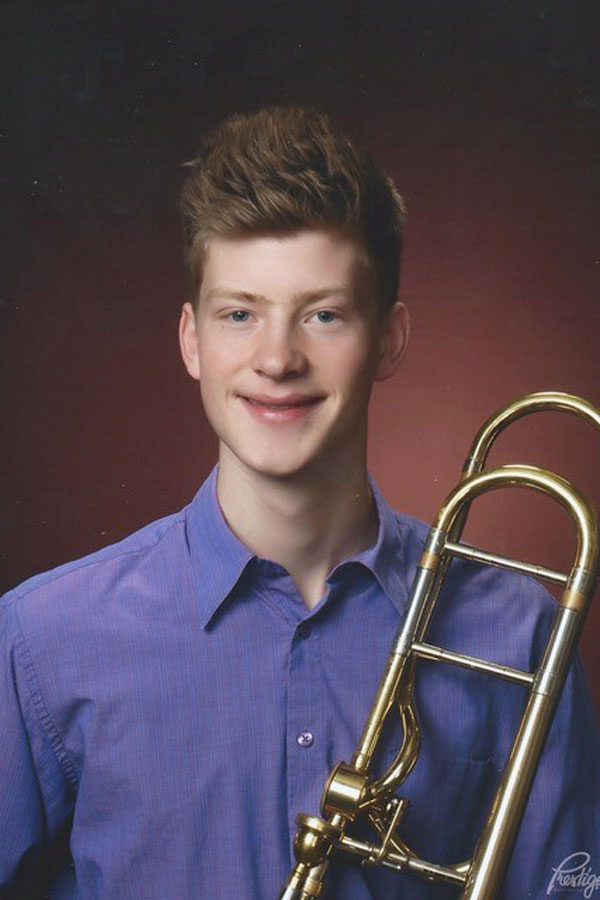 Originally from Winnipeg, Manitoba, Micah Kroeker started his classical trombone studies at the Conservatoire d’Orléans (France) in 2014. Most recently, he was a semi-finalist in the 2020 Orchestre Symphonique de Montréal Competition and a top-three finalist in the McGill Woodwinds/Brass/Percussion Concerto Competition (2020). He placed second in the Winnipeg Symphony Orchestra’s Concerto Competition (2016) and twice won third place in the Winnipeg Youth Orchestra’s annual Scholarship Competition (2016, 2017). He has participated in the National Youth Band of Canada in Montreal (2018) and currently studies classical trombone performance at the Schulich School of Music, where he performs with the McGill Symphony Orchestra. He was chosen for the 2021 National Youth Orchestra of Canada and is excited for another summer with the National Academy Orchestra of Canada.

When he’s not in the practice room, you can find Micah buried in a good non-fiction book, cooking meals at the local homeless shelter, or out on the trails training for his next ultramarathon.