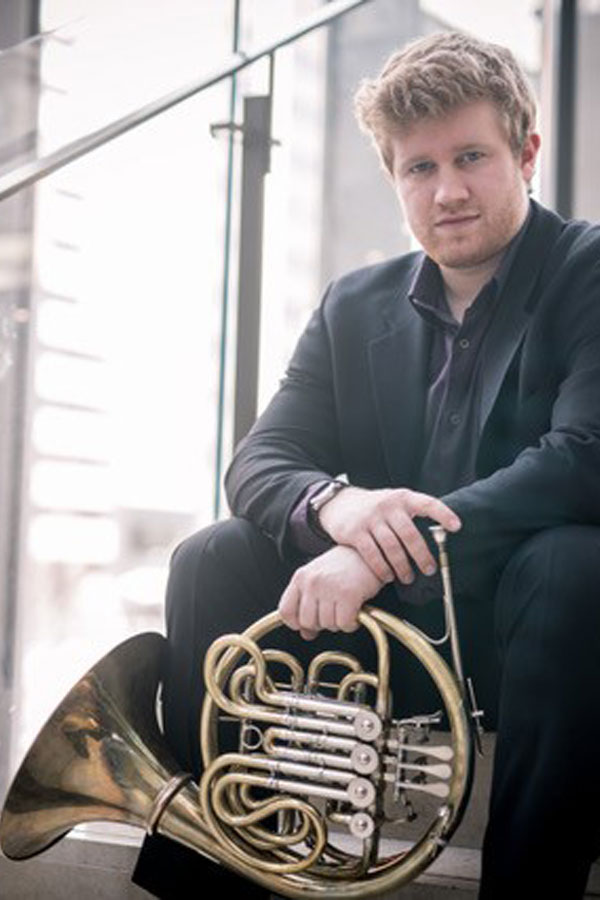 Ryan Garbett was born and raised in Toronto where he began learning the horn at the age of 10. Ryan began his post-secondary studies at the University of Toronto, then transferred to McGill University where he received his bachelor’s degree in horn performance. In 2020, Ryan received his Artist Diploma from the Glenn Gould School, where he was a recipient of the Michael and Sonja Koerner Scholarship in the amount of full tuition.

Mr. Garbett has performed nationwide on some of Canada’s most revered stages and has collaborated professionally with many high calibre ensembles including the Toronto Symphony Orchestra, the Canadian Opera Company, the McGill Chamber Orchestra, the Kingston Symphony Orchestra, and the Amici Chamber ensemble. Ryan was a semi-finalist at the Calgary Philharmonic National and National Arts Centre Orchestra International Third Horn Auditions. He is a three-time alumnus of the National Youth Orchestra of Canada (’14, ’15, ’19) and was a recipient of their award of excellence in 2019. Ryan is very excited and honoured to be participating in the 2021 National Academy Orchestra.

In his spare time, Ryan loves playing chess, poker and ultimate frisbee, and is passionate about discovering new and unusual flavours of food and drink. When not in the orchestra, you can catch Ryan playing horn in his funk band STEINWALL at Toronto venues like The Horseshoe Tavern (Oct 2, 2021), Lee’s Palace, and the Supermarket.