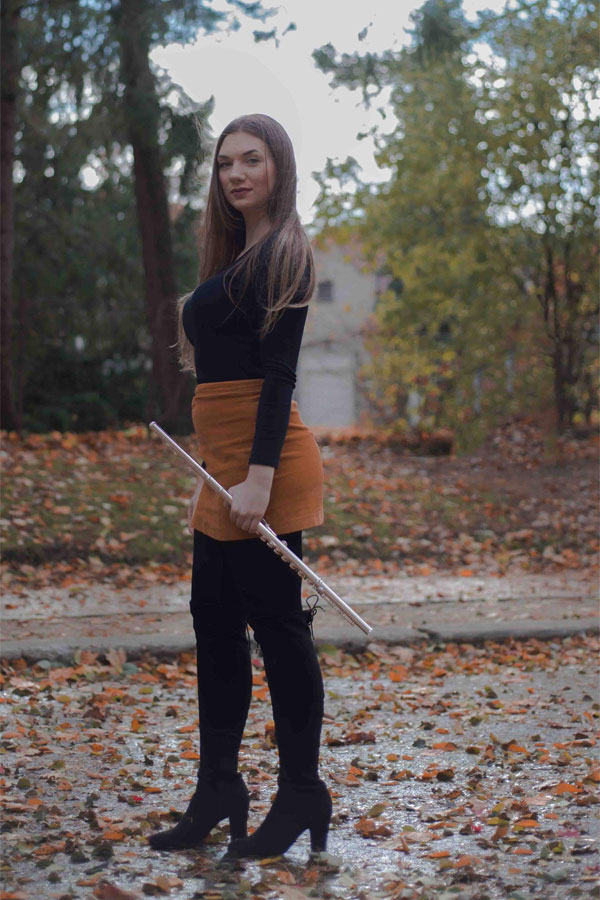 Oakville, Ontario native Sophie Lanthier is a freelance flautist with a devoted interest in contemporary music as both a soloist and chamber musician. A dynamic and expressive performer, she is committed to discovering and programming flute repertoire that represents the growing diversity of the contemporary flute scene, with a vested interest in flute music by female composers.

As an orchestral musician, Sophie has worked with several world-renowned conductors, including Gábor Takács-Nagy, Bramwell Tovey, Johannes Debus, Andras Keller, Tania Miller, and Leon Fleisher. She has also been featured as a soloist with the Northwestern University Baroque Music Ensemble and the Northwestern Philharmonia, under the baton of Dr. Stephen Alltop.

Sophie recently completed her Master of Music degree at Northwestern University and will begin her Doctor of Musical Arts candidacy at the University of Toronto in September 2021. She also holds a Bachelor of Music degree in Flute Performance with Honours from the University of Toronto and an Artist Diploma from the Glenn Gould School of the Royal Conservatory of Music in Toronto. Her primary teachers include Nora Shulman, Susan Hoeppner, and John Thorne, and has studied piccolo with Alyce Johnson and Jennifer Gunn.

Outside of her formal academic studies, Sophie enjoys playing the Baroque traverso, studying with Jed Wentz and Rachel Brown through the Tafelmusik Baroque Summer Institute in 2017 and 2018. As a contemporary flautist, she toured Ontario during the summer of 2019 as a member of the Continuum Ensemble’s HATCH mentorship program for early-career musicians. This is her second season with the National Academy Orchestra, having participated in the 2020 virtual season.