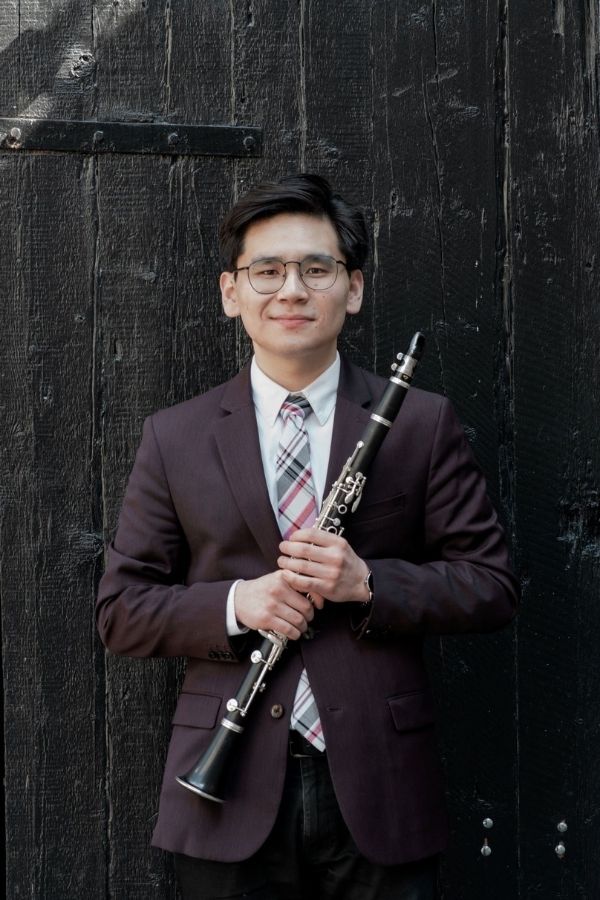 Tyler Song is a Chinese-Canadian clarinetist praised for his “enormous sensitivity” as well as “beauty of tone production and timbre”. He has performed under the batons of prominent conductors such as Otto Tausk and Bramwell Tovey and appeared as a soloist with the McGill Symphony Orchestra in early 2020.
Having received a Bachelor of Music and Graduate Diploma in Performance from the McGill University Schulich School of Music, he credits Jenny Jonquil and Todd Cope as his most influential teachers. Tyler has been the recipient of numerous honours, such as the Brunold Award for Classical Music Making, the J. Wesley Foster memorial Scholarship and inclusion in the 2020 edition of CBC radio’s Top 30 Classical Musicians Under 30. In the fall, Tyler will be beginning a Masters in Music at the University of Cincinnati College-Conservatory of Music with Ixi Chen