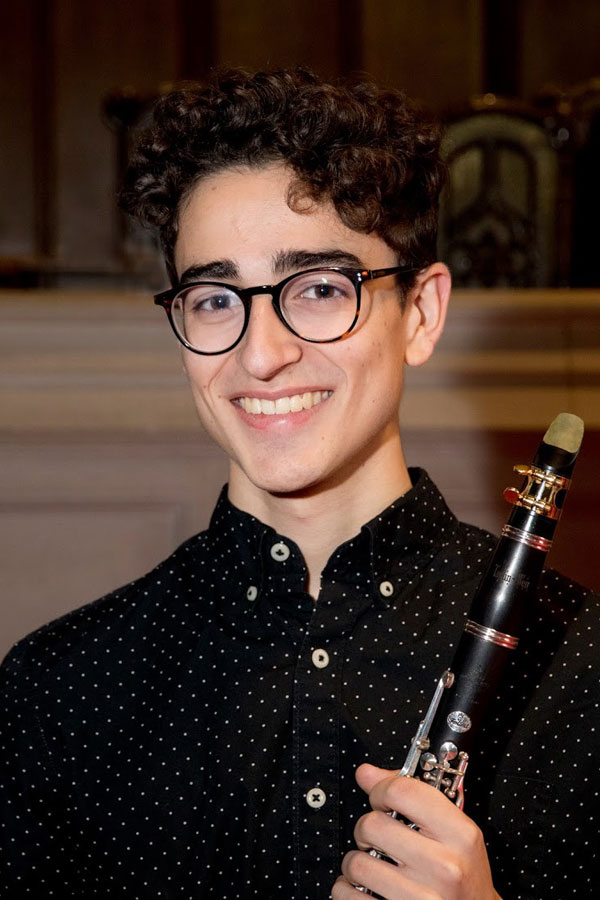 He is a recipient of a number of awards including the University of Toronto President’s Scholarship, the Arthur Plettner Award, the Ezra Schabas Performance Award, the David and Marcia Beach Summer Study Award, and the Norman and Hinda Tobias Memorial Scholarship. He is also a 2020 Canada Council for the Arts grant recipient.

Zack has spent his last few summers participating in a number of chamber music and solo festivals around the world including the Savonlinna Music Academy in Finland, the Domaine Forget Music Academy, and the Pacific Regional International Summer Music Academy (PRISMA).

He is currently looking forward to beginning the second year of his Master of Music degree in clarinet performance this fall at the Eastman School of Music where he will continue his studies under Professor Michael Wayne.

In his spare time Zack enjoys riding his bike around Rochester in search for the perfect donut, as well as writing and watching stand-up and sketch comedy.